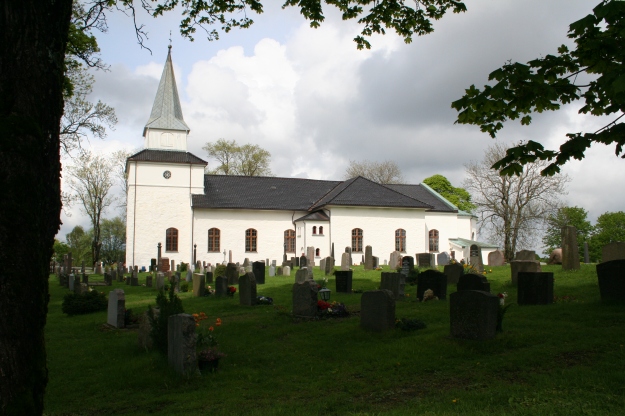 Thors is my 5 X Great Grandfather from my maternal Grandfather’s side of the family. Two hundred and eighteen years ago today, Thors died. According to Ancestry, Thors is buried in the Graveyard at the Notteroy Church. It seems to me more likely that he is buried at the Tjome church, close to where he lived but without the record to prove it, I will list it as the Notteroy Church. In this case, the grave makers and stone if there even were any are long gone.

The Notteroy church was originally built around 1100BC in Romanesque Cobblestones.  It is first referenced in a Letter to Pope John XXII sent by Avignon from southern France in 1323 and once again by Bishop Eystein’s “Earth Book” in 1398.  In the letter to Pope John XXII, the church is mentioned in Latin: “ecclesia de Niotaroy … beatissime virgin Maria constructa”. In Norwegian, it means “Nøtterøy Church … built in honor of the Blessed Virgin Mary”.

Rest in Peace, Thors, where ever you are buried.