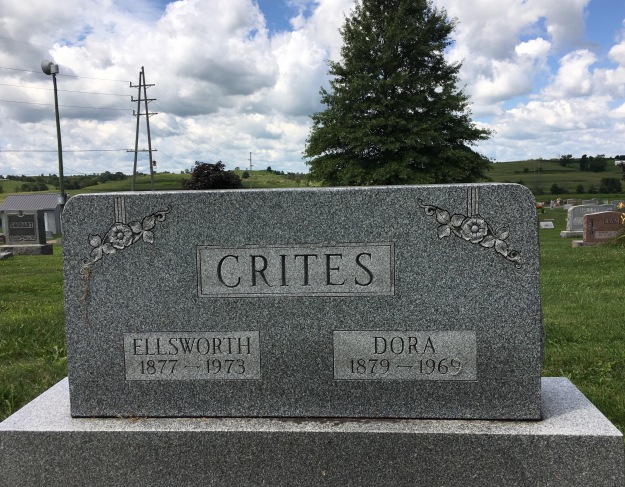 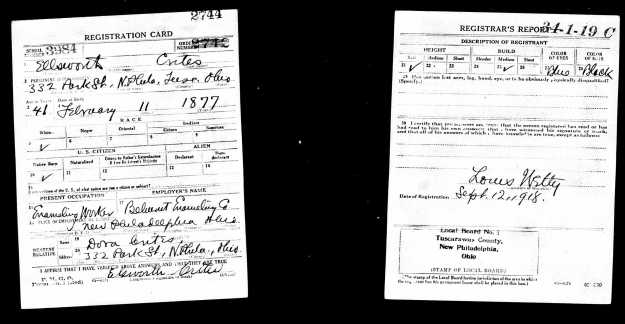 By the 1920 Federal Census, Ellsworth and Dora now have three daughters; Oleda, Inez and Orpha who was born in 1911. They live in New Philadelphia, Ohio and Ellsworth is working for the enameling company and he is now a foreman. They live at 332 Park Avenue.

In the 1930 Federal Census, Ellsworth and Dora are still living at the Park Avenue address. Ellsworth now works for a steam railway.  Orpha is nineteen and is still living at home. The two older daughters have married and moved on. In the 1940 Federal Census, Ellsworth is working at a farm as a farm hand. He is sixty two years old. They remain at the Park Avenue address. 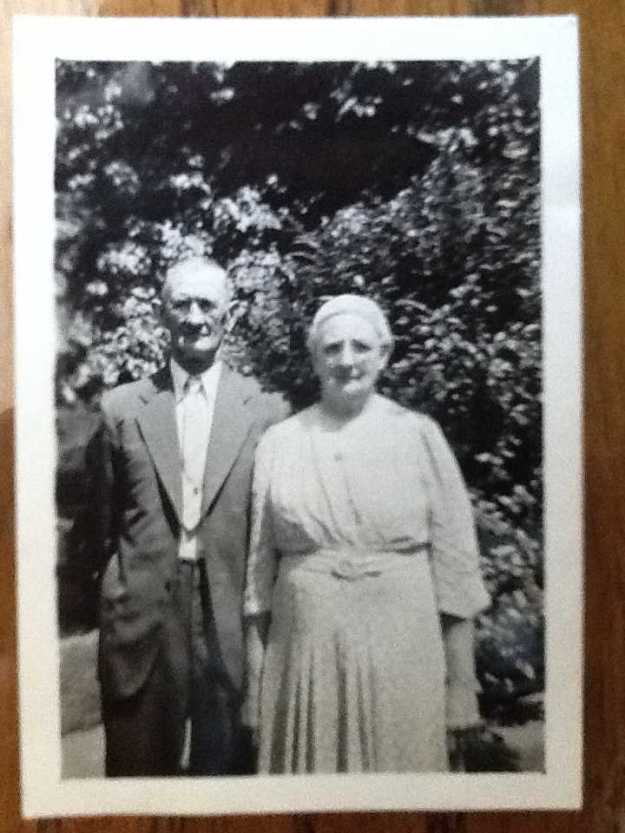 Forty six years ago today, Ellsworth died at Union Hospital in Dover (formerly New Philadelphia) , Ohio. He is buried next to his wife in Unionhill Cemetery in Tuscarawas County, Ohio. 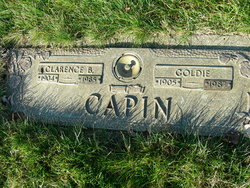 Goldie was born December 28, 1905 in Allen County, Indiana.   She was the daughter of Benjamin W. Putt and Bessie Denney. In the 1910 Federal Census, Benjamin and Bessie live in Fort Wayne. They have six children ; Bernice (1898), Chauncy (1899), Jesse (1900), Ernest (1904), Goldie (1905), Wilbert (1908).  Benjamin digs cisterns for a living.  In the 1920 Federal Census, Benjamin and Bessie remain in Fort Wayne and Benjamin works as a polisher for Electric Works. Their oldest daughter, Bernice, has married and moved on and the remaining children who are still at home are: Chauncy, Jesse, Ernest, Goldie (14 years old), Wilbert and Rosco (1911).

Goldie married Clarence B. Capin on March 8, 1923 in Jackson, Michigan. Clarence listed his occupation as an electrician and Goldie listed her occupation as an operator on their Michigan Marriage license. They returned to the Fort Wayne area later in 1923. 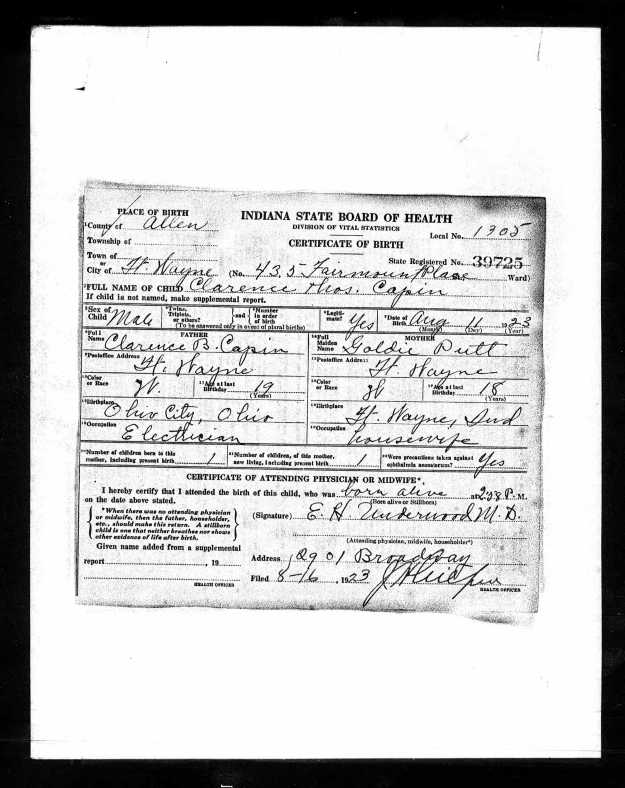 Clarence and Goldie lived in several locations in and near Fort Wayne, Indiana according to the Fort Wayne Directories of 1929-1954. 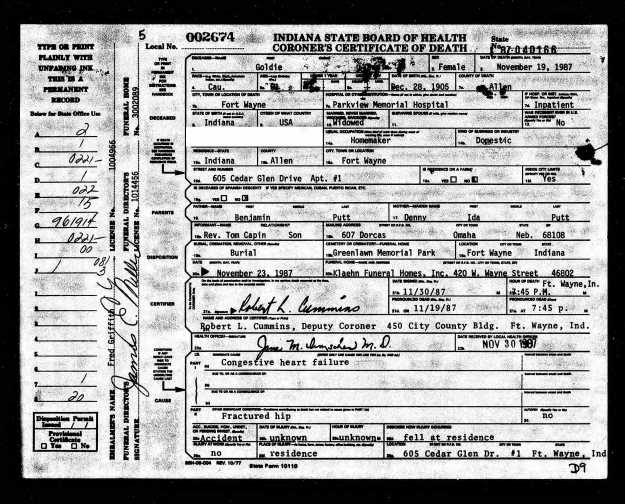 Thirty two years ago today, Goldie died of congestive heart failure after falling in her home and fracturing her hip. She was buried in Greenlawn Memorial Park next to her husband. 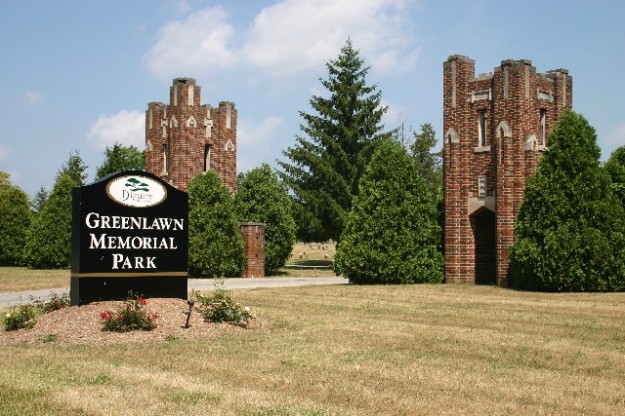 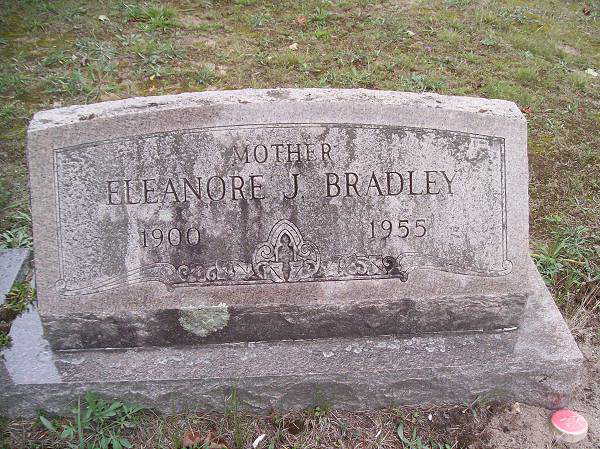 Mabel Eleanore was born on March 25, 1900 in Arthur, Illinois.  She was the daughter of Joseph L. Johnson and Alice B. Denton.  In the 1900 Federal Census, Joseph and Alice Johnson live in Jonathan Creek Township in Moultrie County, Illinois with their two daughters, Clara (1896) and Mable (1900) where Joseph was a farm laborer.  By the time of the 1910 Federal Census, Joseph and his second wife, Mollie live in Pana, Illinois.  They have Joseph’s four children living with them, Clara, Mable, Eldon (1903) and Allie (1905, Alice).  In 1905, Alice, Joseph’s first wife, conceived twins.  Tragically during childbirth Alice died and so did a son named Alma.  Alice, the other twin, survived.  Joseph is a laborer on the railroad.  Joseph and Mollie had two children in the next decade; Mary (1911) and Ferol (1915). 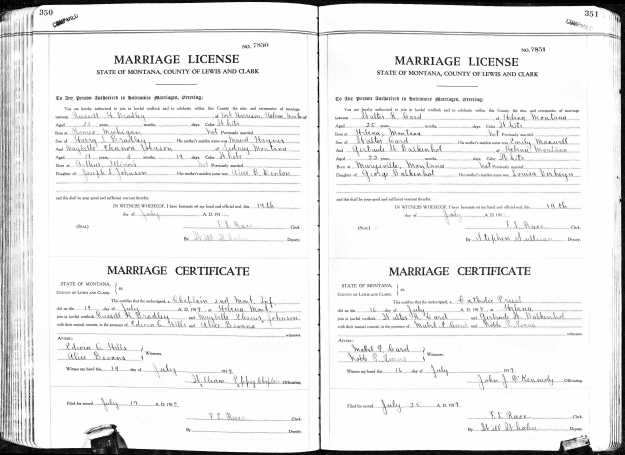 Maybelle (Mabel) married Russel Bradley in Helena, Montana on July 14, 1917.  Russel was a Lieutenant stationed in Livingston, Montana.  Mable and Russel had two sons while living in Montana; Russel Robert (1918) and Lyle King (1920). 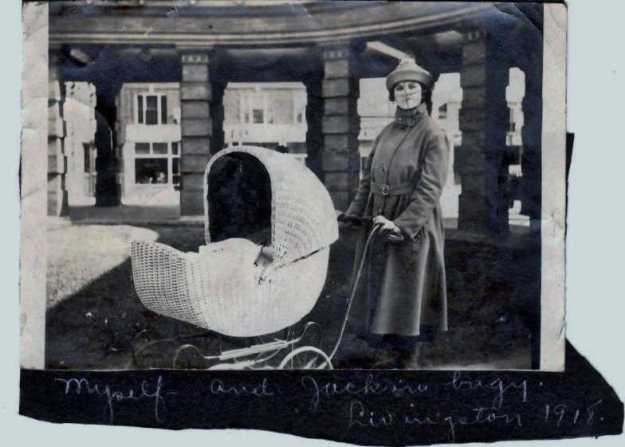 Eleanore and Russel (Jack) in Montana 1918 (Property of Paula Bradley)

In 1921, Russel and Mabel returned to Michigan where they settled in Romulus, where they would eventually have four additional children; Wellington Yale (1922), Gloria Faye (1924), Betty Eleanore (1927), Richard Dale (1931).

In the 1930 Federal Census, Russel and Mable live in Romulus. Mable is listed as housewife and has no outside employment. And they have five children living with them; Russel, Lyle, Wellington, Gloria and Betty.

By the time of the 1940 Federal Census, Mable and Russel have five children living at home; Lyle, Wellington, Gloria, Betty and Richard (1931). The oldest son, Russel (Jack) has moved out and is working in Detroit. He has not yet joined the Army Air Force (as it was known then). Russel and Eleanore are working for the County Infirmary. Eleanore is a cook supervisor. In about 1945, Russel and Eleanore (who prefered to go by her middle name, Eleanore) bought a hardware store. It was called the Bradley Hardware Store which was located on Huron River Drive in Romulus, Michigan.

Four of the Bradley children served in the military.  The oldest, Russel Robert was reported missing in Action in May of 1942 in the Pacific.  He served in the Army Air Force (as it was known then).  It is believed that his plane crashed into the Pacific.  Eleanore and Russel made several inquiries to the War Department about the status of their son but his remains were never found. He was eventually declare deceased. (Reference the Russel Robert post for May 28, 2019 for more information on Russel Robert (Jack) Bradley.) 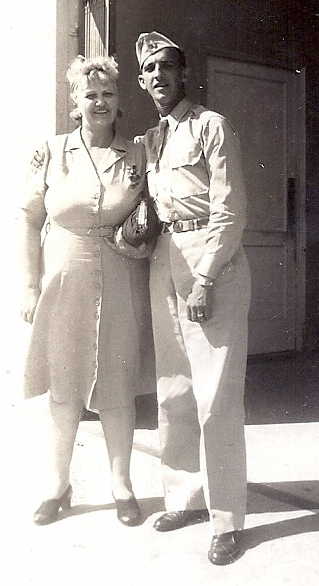 Lyle King made the military his career. 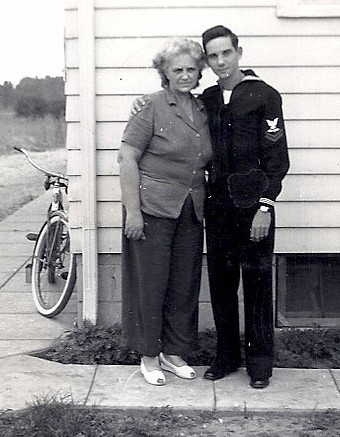 Mabel Eleanore Johnson Bradley died sixty four years ago today November 12, 1955.  She died of Leukemia according to the Obituary posted on Ancestry.com by Paula Bradley. She is buried in the Silver Lake Cemetery in Wolverine, Michigan in the Bradley plot. 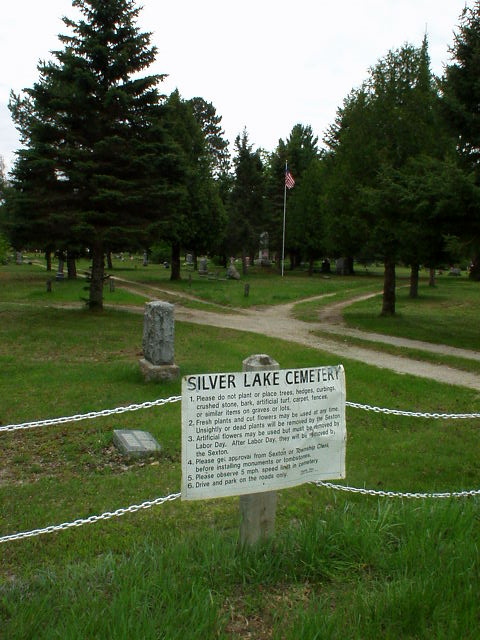 A “Special Thanks” to Paula Bradley for sharing the family photos and other family documents on Ancestry.com so more distant relatives like me can find them.

Robert Burnham was born in Norfolk, England in 1585. He was the son of Thomas and Elizabeth (Baker) Burnham.

Robert Burnham married Mary Andrews in 1608. They had eight children; Edward, Robert, Thomas, Benjamin, Amelia, John, Ruth and Mary. On Ancestry.com, there is a bit of discrepancy about birth order of these children. So they are listed here but the order of their birth could be different. Unfortunately not much is known about Robert. He remained in Norwich, Norfolk, England his entire life.

Three hundred and eighty five years ago today, at the age of 53, Robert died in Norwich, Norfolk, England and it is presumed that he is buried there as well. Robert Burnham is my eight times Great Grandfather

After the death of their father, three of Robert’s sons, Robert, Thomas and John emigrated to America in 1635. They sailed aboard a ship called the Angel Gabriel which was owned by their Uncle, Captain Robert Andrews. Early documents indicate that the three Burnham boys were left in charge of their Uncle ship in Pemaquid, Maine when a terrible storm occurred on August 15, 1635 and the ship was lost. The Burnham boys and their Uncle, Captain Andrew, settled in Massachusetts.

The Burnham boys, Thomas, Robert and John, and their Uncle became very prominent pioneer settlers of Ipswich, Massachusetts but these stories are for different blogs. 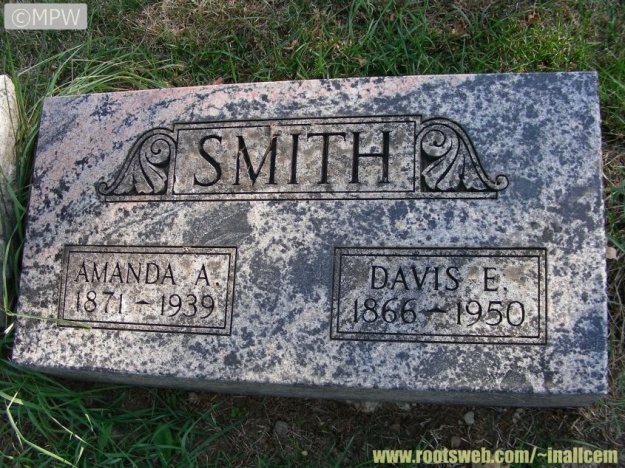 Davis Edwin Smith was born on April 4, 1866 in Adams County, Indiana. He is the son of James Wesley Smith and Hester Ann Odle according to Davis’s death record. His mother, Hester Ann, married James Wesley Smith on July 20 1866 in Adams County, Indiana.  It appears that Hester divorced James W Smith or the marriage was annulled. There is a marriage record for Hester Ann Smith to Jacob Richard which shows that they married on June 18, 1868, less than two years later. She took her son, Davis Edwin with her as the 1870 Federal Census indicates.  Hester Ann and Edwin D Smith are found in Bluffton, Indiana with Jacob Richards, Jacob’s father, John Richards,  his brother James, and Sarah A, who is a baby.

In the 1880 Federal Census, Davis Edwin is living with Frederick Richards and Hannah Richards. They are in Adams County, Indiana. Davis is listed as Frederick’s nephew. There are two nieces listed also, they are Amanda and Martha Richards. There is no sign of Hester Ann , Sarah Ann or Jacob Richards.  There is a marriage record for James Richard and Hannah Gilbert and they married in 1874. Hannah lists her marriage status as Widow in the 1880 census.  Richard is a widower at the same time as Hannah in the 1880 Federal Census. It is my belief that Amanda and Martha are Hannah’s daughters. There are no death records for Hester, Jacob or James that I have found as of this time. I will continue to research and add them here if I find them. This period of time in Davis ‘s life is full of turmoil.  There is too big a story to cover here so I’ll continue to research and it will be published on my other blog and when completed I will put a link here. 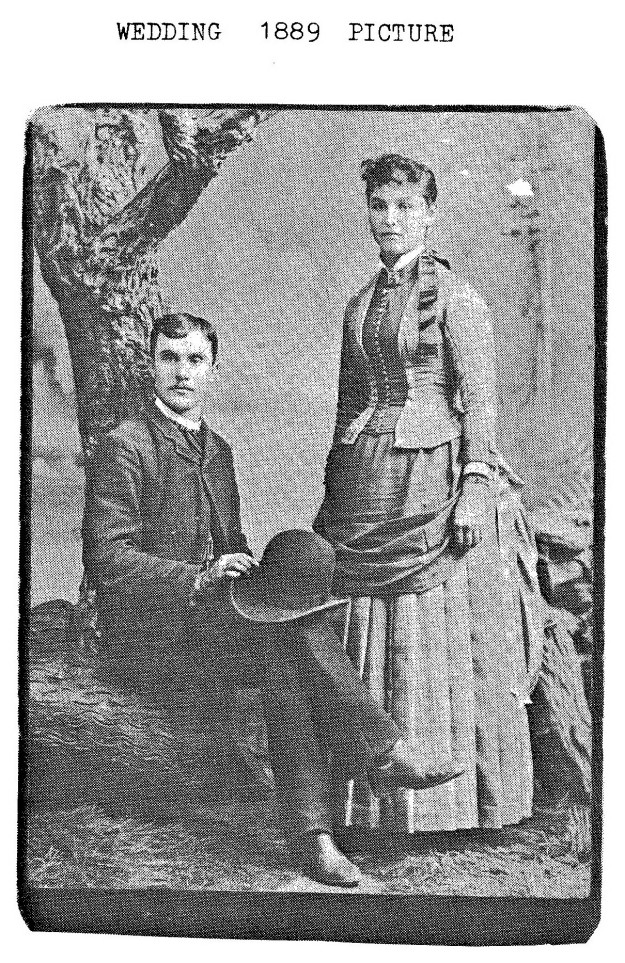 This photo is from 1895 of Amanda’s family with her parents and all of her siblings and their families taken in Markle, Indiana. ( The family names listed below were noted with the photo on Ancestry.com. This photo is not in my possession and I can not validate the accuracy of the data. I am sharing what was written publicly on Ancestry. )

In the 1940 Federal Census, Davis is living with his daughter, Hazel and her husband Charles Scarlet. Also living with them are Donald Smith, Hazel’s brother and a niece, Betty Dan. Davis is a seventy four year old widower. They are living in Churubusco, Whitley County, Indiana. 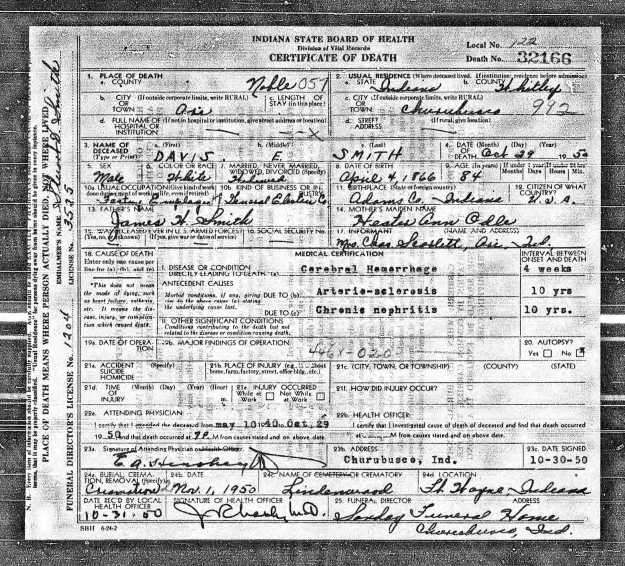 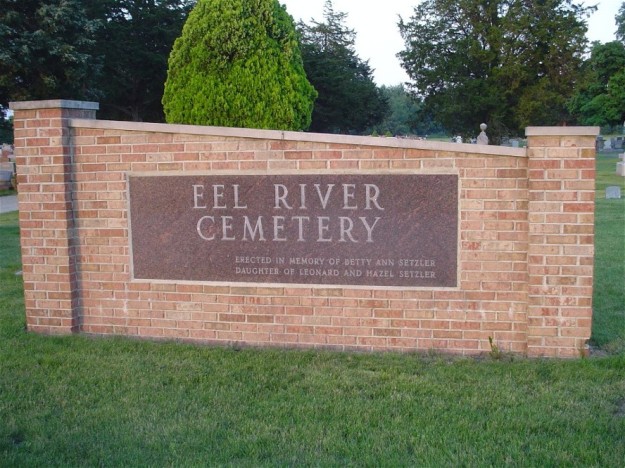