Mert’s first appearances in a Federal Census is in 1900. He is an eighteen year old young man who is still living with his parents. They live in Clare, Michigan. Newton has a farm and the three oldest sons are helping him on it. In the 1910 Federal Census, Merton is living with his older brother, George Stephen in Thetford Township, Genesee County. He is single and works as a laborer. George, his brother and my Great Grandfather,  is a farmer and he is working with him.

George, Mae, Lester, Mert, Minnie, maybe Nellie or one of the Losee sisters –  in Clio around 1910

On December 14, 1910, Mert Losee married Minnie McComb. I find records which indicate that they were married in Oakland County and in Genesee County, Michigan. Did they feel the need to marry both places?  Mert’s residence is listed as Vienna Township, (Clio) Genesee County, Michigan.   Minnie McComb and Mae Boyer Losee, (George Stephen’s wife) are first cousins from the Holly area.

Mert registered for the draft on December 12, 1918. He lists his residence as Holly, Michigan and his wife is Minnie. In the 1920 Federal Census, Mert and Minnie are living with Amie (Boyer) McComb in Holly. Minnie’s father, Charles had died in 1916. Amie McComb died in 1922. According to the Flint City directories, Mert and Minnie first appear in the Flint Directory in 1924.

I find Mert and Minnie in the Flint City Directory at the same address from 1924 until 1959.  Mert also registered for the World War II Draft in 1942 listing his younger sister, Gladys Barkman of Mount Morris, as his contact.

Fifty two years ago today, Mert died on November 13, 1966 seven months after Minnie died. He is buried in the McComb plot in the Beebe Cemetery in Holly Michigan with Minnie. 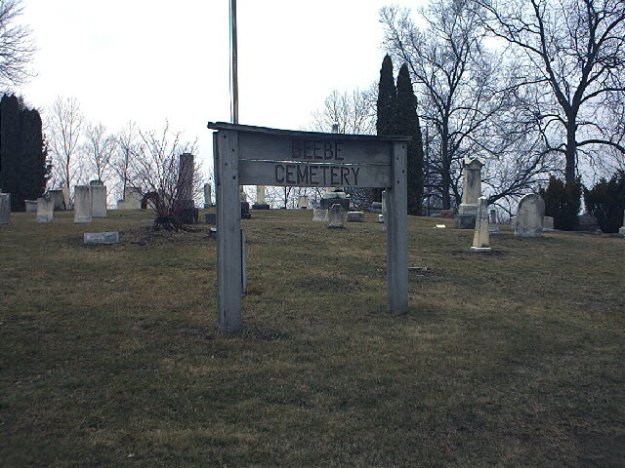 Mert is my Great Grand Uncle.