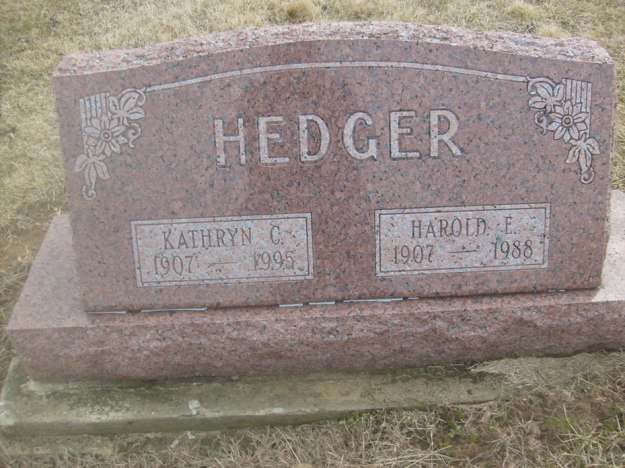 Sarah Kathryn, now known as Kathryn, married Harold Hedger on October 22, 1928 in Noblesville, Hamilton County, Indiana. An Indiana birth certificate for Patty Ruann Hedger shows that she was born on March 14, 1929. She was premature and died on March 18, 1929. By the 1930 Federal Census, they have moved to Pendleton, Madiosn County, Indiana. Harold is a truck driver. 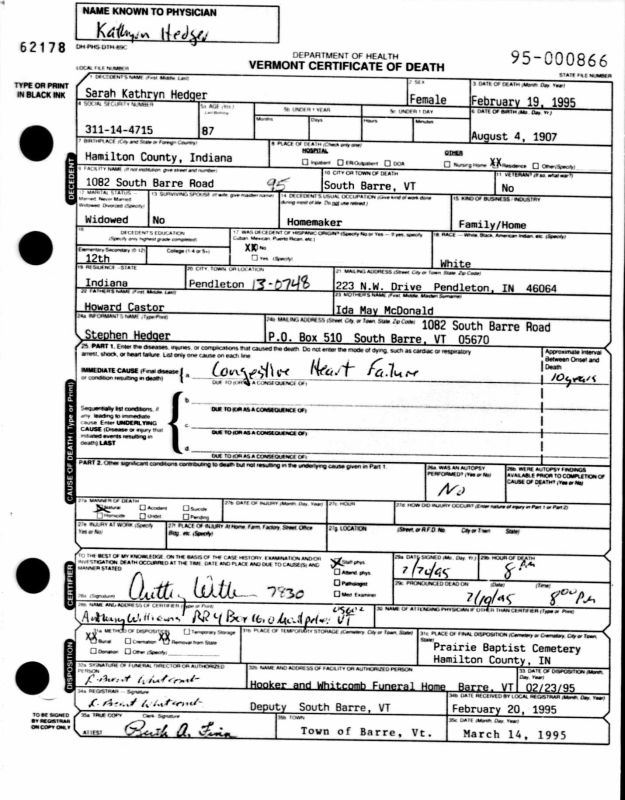 Twenty four years ago today, Kathryn died in Vermont where she was living with her son, Stephen.  She is buried in the Prairie Baptist Cemetery next to her husband Harold and daughter Patty.

Kathryn is the wife of my second cousin twice removed.