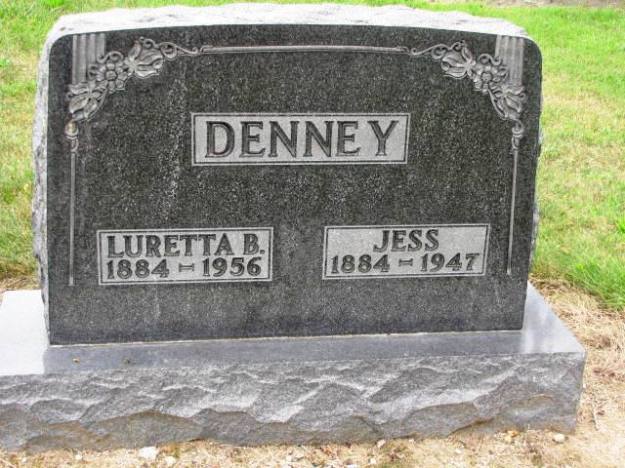 Jesse Denney married Luretta B. Nickleson on March 30, 1906 in Fort Wayne, Indiana.  In a 1914 Fort Wayne Directory, Jesse and Luretta live at 1317 Michigan Avenue and his occupation is listed as “teammster”. By 1918, when Jesse register for the draft for WWI, Jess , Luretta and their children have moved to Tipton, Michigan.  He states that his birthday is 1883, contrary to the year listed on his tombstone of 1884.  He indicates that he is working for Charles Pangburn and that he is a farmer.  He also indicate that the address of his employer is Webster Street, Fort Wayne, Indiana but his address is in Michigan.

By the time of the WWII draft registration Jesse is living in Yoder, Indiana working for George Irmscher & Sons, Inc. on Taylor Street in Fort Wayne.

Seventy three years ago today, March 10, 1947, Jesse Denney died in Fort Wayne, Indiana of a coronary occlusion based on his death certificate. 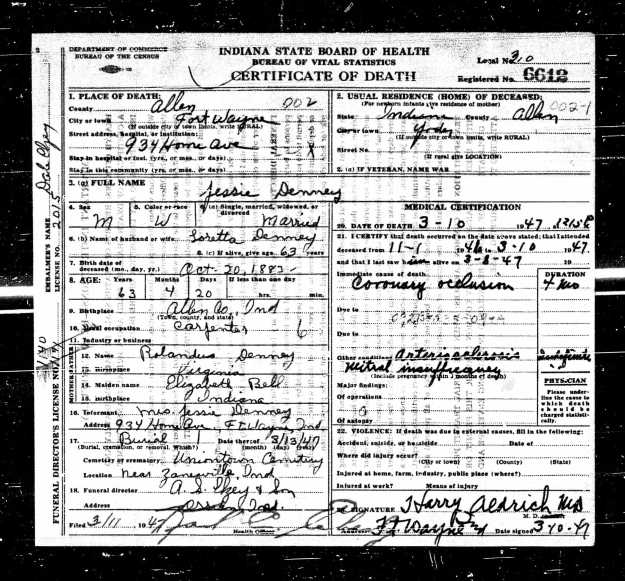 Jesse was buried in the Uniontown Cemetery in Wells County, Indiana near Zanesville.