By the 1860 Census, Robert is now living in the Columbia City, Whitley County, Indiana. He has moved west. He is a Master Wagon Maker. He is now boarding with the Levi Myers Family.  Levi Myers is a Master Blacksmith.

On March 22, 1861, Robert married Sarah Elizabeth Smith in Allen County, Indiana. The 1870 Federal Census, shows that Robert and Sarah live in Columbia City. He is a Master Wagon Maker and they have two son; Robert F Hood (1862), John Wm (1869). Sarah Elizabeth Hood died on January 13, 1875 at the age of 39 years old. On January 12, 1876, Robert married Mary Jane Hilderbrand. Mary Jane died some time after the 1880 Federal Census when she is listed with Robert and his sons and before Robert’s third marriage to Mollie Catey on April 8, 1884 in Kosciusko, Indiana.

The following is is a Bio found on Findagrave for Robert Hood.

An excerpt from the biography of his son, Robert F. Hood:

“In 1858 Robert Hood came to Columbia City and opened a wagon shop and either as proprietor or journeyman, was engaged in this business for forty-five consecutive years. He is remembered, however, not solely as a mechanic, but because of his superiority as a singer, being gifted with an unusually rich bass voice, whose natural timbre had received careful cultivation. For thirty years he was leader of the Lutheran church choir, which his efforts had brought to a condition of efficiency, the tones of his own voice affording a peculiar pleasure to lovers of sacred music.

Born in London, he came to the United States at the age of eighteen and was married at Fort Wayne to Sarah Smith, who died in her thirty-ninth year. After a third marriage he went to Chicago in 1903, to live with his son, J. W. Hood, superintendent of the Reagan Printing Company and who acquired reputation as a skilled workman.”

While preparing for this blog today I came across this photo which was publicly shared on Ancestry.com, by Bobbie Valentine. It is of Uncle Bob Hood and Alfred who is holding the guitar. The man on the left looks so much like Robert that he has to be a sibling. I have sent a message to Bobbie and I am hoping that she can clear this up for me.

Robert F Hood died one hundred and three years ago today on September 19, 1914 in Chicago, Illinois at the home of his son, J. W. Hood. Robert Hood was buried next to Sarah Elizabeth in Greenhill Cemetery in Columbia City, Whitley County, Indiana. 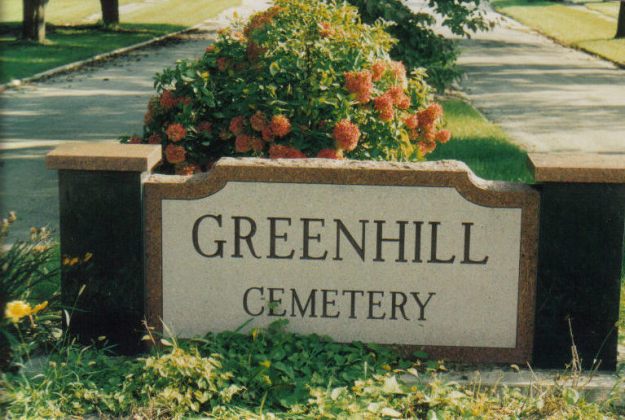