In the 1851 Canadian Census, Charles and Deborah are found in Lincoln County, Louth Township. Charles is a farmer. They have three children listed; Henrietta, Laura and an infant who has not been named, it is likely Louise. Matthew Seburn and his wife Hannah Hainer (older sister to Deborah) and their family live next door to Charles and Deborah. Next to the Matthew Seburn family is John Patterson and Nancy (Schram) Hainer Patterson. Henry Hainer died in 1846. Nancy, now his widow, remarried John Patterson. The Hainer children who are underage and still living at home are listed with John and Nancy.

By the 1871 and 1881 Canadian Censuses, the Seburns’ are now listed in Pelham, Monck, Ontario. Charles died in 1884 and Deborah died a six years later.

One hundred and twenty eight years ago, today, May 1, 1890, Deborah Hainer Seburn died. She is buried in Hillside Cemetery in Pelham, Ontario. 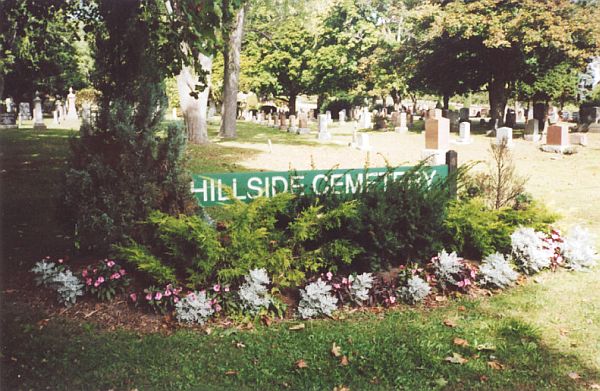