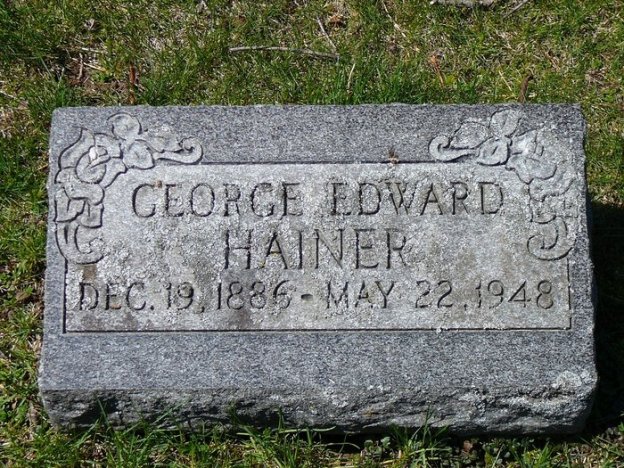 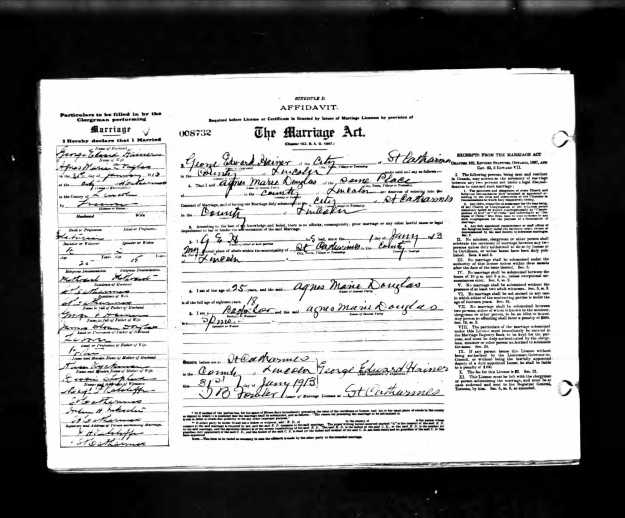 George Edward Hainer married Agnes Marie Douglas on the 31st day of January, 1913. They had three children; Edward Douglas (1914), Alice Maria (1917), Dorothy (1919). In 1919, George Edward and his family left Canada and settled in Flint, Michigan, where George found employment in the Auto Industry as a machinist. They live at 913 Rankin Street in Flint and the same address was listed in the Flint City directory for the same year.  Agnes Marie Hainer died in Flint on January 30, 1920 of Pneumonia, a complication of influenza.

In a 1924 Flint City Directory, George and Mabel are living at 3714 Wesley in Flint and he is still employed with the Auto Industry. I do not find George and Mabel in American or Canadian Census records for 1930 and 1940.

Seventy years ago today, George Edward Hainer died. He was returned to St Catharines where he is buried in Maple Lawn Cemetery, St Catharines, Ontario 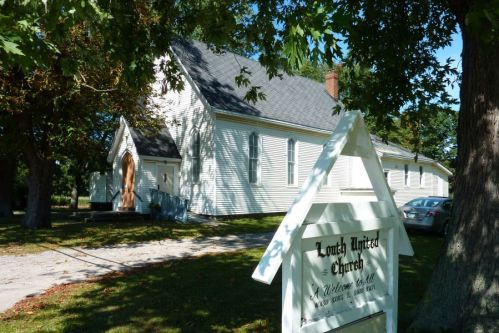