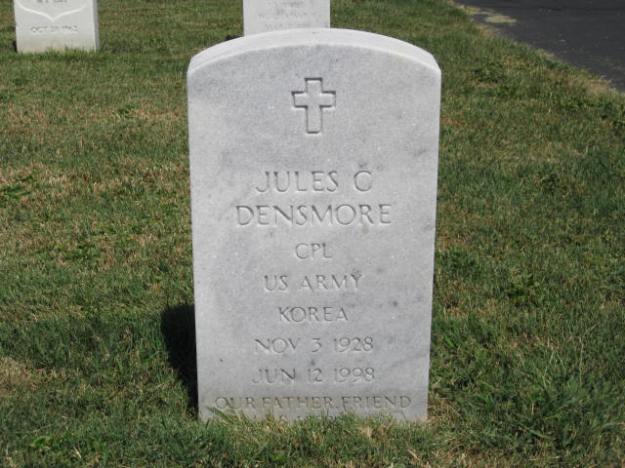 Jules served in the Army as a Corporal from October 30, 1952 until August 17, 1954 during the in Korean Conflict. Jules married Louise McKim in Michigan. Jules and Louise lived in Bay City in 1958 but by 1959 they had moved to Louisville, Kentucky. He was a machinist for International Harvester . Jules and Louise divorced in 1977. Records indicate that Jules may have married two other times. He married March 10, 1978 to Rose A Roy and the marriage record indicates that she had never married before. Interesting enough there is a divorce record for Mary R Lawson which is dated July 23, 1979 but I was unable to find a marriage record.

There are no records to indicate that he and Louise or any of his other wives had children. They may have but the records would be too recent. On his tombstone it says  “Our Father Friend.”